Breaking Grass without a plough or chemicals… 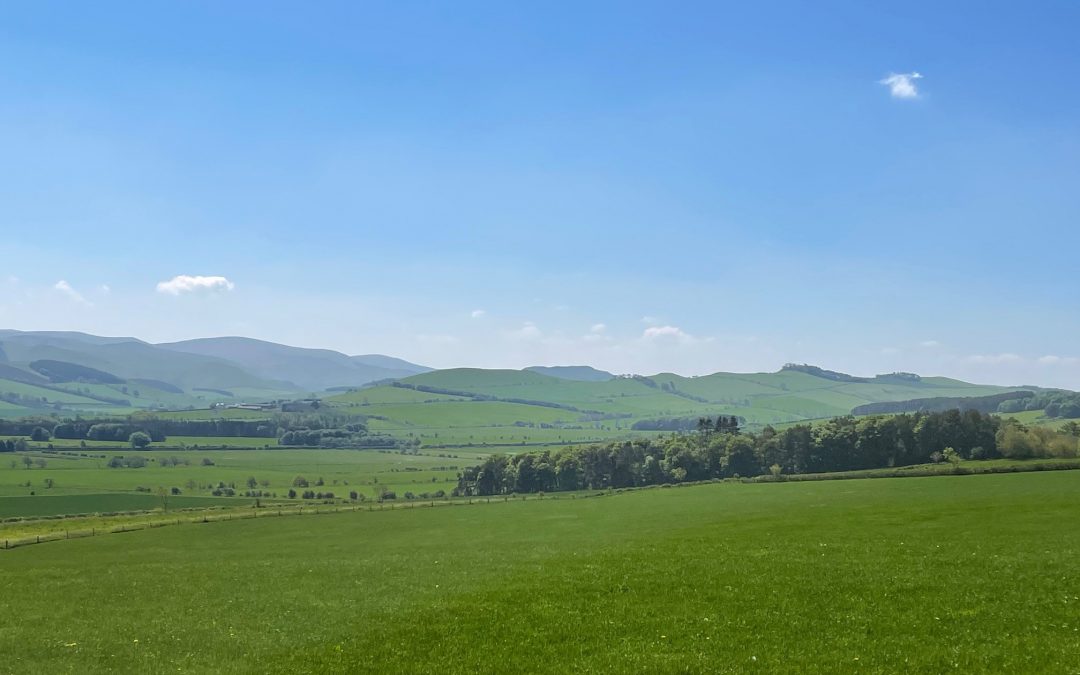 As a mixed farm, Mindrum has long relied on long ley rotational grass as part of our farming system. Historically, we have relied on a combination of glyphosate and the plough to manage the transition from grass to arable phases. Switching to a regenerative model whilst converting to an organic system has produced some challenges but nowhere greater than “breaking grass”!

At a fundamental level, I am keen to challenge the grass breaking paradigm and am using a number of my wild bird seed plots to explore the effects of direct drilling cereals into a range of grass and herbal leys established last year for this purpose, and this year we found ourselves attempting to establish a seedbed in pasture without spray or plough.

Whilst traditional conventional doctrine might suggest that competition for nutrients will adversely affect these cereals, I am exploring the thesis that an effective soil food web will create conditions where the underlying ley provides a home for the soil biology that provides nutrients as required by the cereals planted within… there are still some challenges to be met but the principle is an interesting one.

We have introduced a spring cropping model and this year used direct shallow cultivation to 4 cms (no ploughing) followed by a combination drill.

This was very effective on the overwintered stubbles and fodder rape stubbles grazed hard by sheep. On the grass however, we had to make two passes to generate a passable if clunky seedbed. The cold dry spell is in April further cleaned the ground but a significant amount of grass persisted.

Our spring wheat has been grown in 7.5 m panels undersown with Rivendell (small leafed low and perennial) clover. The spring wheat panels are interspersed with 7.5m existing perennial grass leys from which we made silage. (We had a small challenge as forage harvester and trailer couldn’t fit Down the same row so we had to shoot the silage over the top! Silage was wrapped in two fields successfully. After (or possibly before) harvest we will be sowing fodder rape and clover into the stubbles and grazing later in the year.

As we stand the spring wheat is generally looking pretty good, especially given the difficult spring. It is not a clean crop by conventional standards with lots of weeds and grass but the wheat appears to be competing well. We have used two modern varieties of wheat (Paragon and Malika) and a Heritage Community Blend provided by Wild Farmed Grain. (https://wildfarmed.co.uk) we have drilled the modern blends individually in two fields respectively and together as a blend over a two hectare area alongside the heritage blend to see if there are disease benefits.

In terms of fertility, we applied composted farm yard manure at a rate of 1tonne per Acre to two of the grass fields before cultivation. We have also applied several applications of compost extract and tea to seedbed and crop respectively. (www.soilfoodweb.com ) The Rivendell clover seed we are using as a companion crop went in a bit late as one load was lost in transit so hasn’t really had an impact yet though there has been an extraordinary growth of clover in the grass intercrop strips. Whilst it has been a good clover year, anyway, it seems this also has something to do with the lack of nitrogen fertiliser applied this year.

So…. so far so good. We have learned many lessons, found many questions still to be answered and still have some time till harvest for fate to make life interesting. We have subsequently acquired an ageing Moore Unidrill which appears to cope well with our stony ground should enable us to direct drill into companion and cover crops) I will update this as we move through the year!